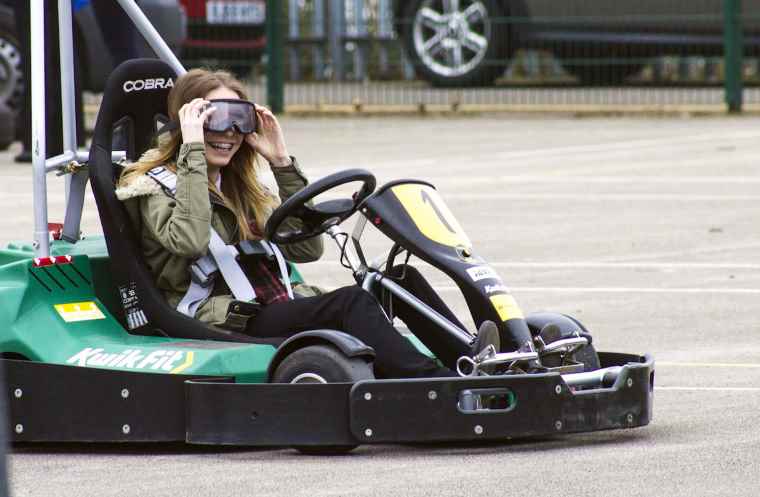 The Wheels and Skills programme is the brainchild of the West Midlands Fire Service (WMFS) and 3D Driving Awareness and is being supported by Kwik Fit. Around 35 sixth forms and colleges will be visited during the coming academic year and WMFS will work alongside several of its partners to deliver workshops on subjects including driver distractions, vehicle maintenance and speed awareness.

For young drivers, finally passing your driving test and having greater freedom is undoubtedly an exciting time but the statistics speak for themselves. In 2011 more than 5,400 people were killed or seriously injured in road accidents involving at least one young driver and 40% of male 17-year-olds have an accident in their first six months of driving.

The figures are staggering but it is hoped the scheme, which can be tailored to each school’s needs to deliver a mix of practical and theory- based learning, will help increase road safety awareness and reduce road accidents involving young drivers.

Heartlands Academy was the first school to road-test the Wheels and Skills programme last week when pupils visited the WMFS Safeside centre in Birmingham. The event included a workshop from the Kwik Fit team who were on hand to talk to new drivers and provide some basic car care and maintenance tips that they can carry out themselves. The students were shown examples of tyres and tyre treads to help them to spot irregular tyre wear and, in turn, identify problems including wheel misalignment and under inflated & over inflated tyres.

One of the day’s most popular activities was an interactive element in which the students donned ‘beer goggles’ to impair their vision before navigating pedestrian obstacles in a go-kart to simulate the effects of drugs and alcohol upon a driver. The students had fun but learnt some important life lessons too.

We hope that our participation in the initiative will help to ensure that tomorrow’s motorists and their cars are as safe as they can be.

Coronavirus - Car Safety Checks You Can Do At Home

With the recent Coronavirus outbreak many people are working from home and rarely using their cars. At Kwik Fit we want to offer some some hints and tips on how to maintain your car during this uncertain time.

Looking After Your Car Battery During Lockdown

With the uncertainty surrounding the current Coronavirus situation many drivers are worried about how to look after their car batteries. Kwik Fit offers some advice to help to ease your concerns.