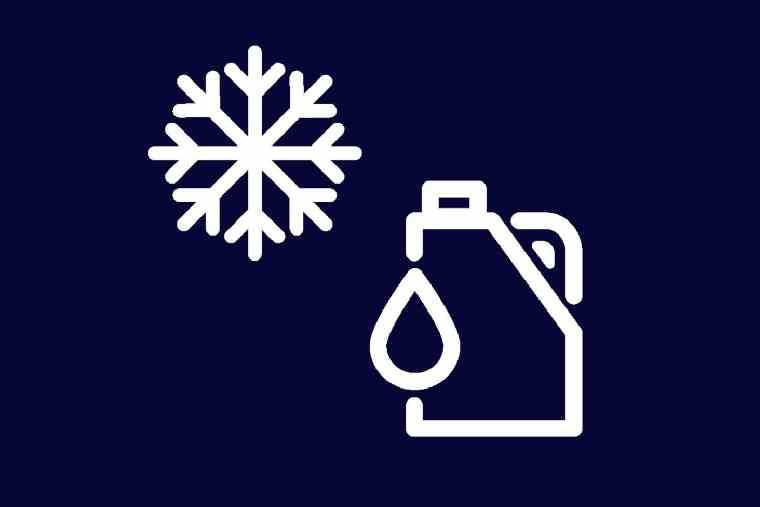 With recent overnight temperatures dropping below zero, it’s important to make sure that the fluid levels in your car are topped up and contain the correct dilution of antifreeze. We take a look at how antifreeze works and why it is essential to keep your car on the road, not just during the winter but during the hotter summer months too.

Why is antifreeze important?

Antifreeze and engine coolant are actually one and the same thing and provide a dual benefit for your car, helping to regulate the temperature of your engine. Antifreeze is so called because it provides protection for your engine during the winter months from extreme cold temperatures. If the fluids in your engine were to freeze it could cause serious damage and cracking to the engine block. At the same time, when the engine is running, it becomes very hot. Therefore, the coolant properties of antifreeze prevent overheating by removing excessive heat from the engine due to its high boiling point. If your engine is not cooled efficiently the lubricant in the engine, which keeps the moving parts running smoothly, will break down leading to premature engine failure or increased exhaust emissions.

The history of antifreeze

Antifreeze was actually discovered long before its use in motor vehicles by French chemist Charles-Adolphe Wurtz. Wurtz first created ethylene glycol, the primary chemical of antifreeze, in 1856 at a time when it had no commercial usage. In fact, early uses of ethylene glycol included the production of dynamite as it was found that the cooling properties of the chemical could lower the freezing point of nitroglycerine, allowing dynamite to be used in colder climates. When the first commercial motor cars rolled off the production line at the turn of the twentieth century, many used water as a coolant to stop the engine from over-heating. However it was soon found that when the temperature dropped below zero, the water would freeze and in doing so would expand causing damage to the engine. After several failed attempts to find an alternative coolant that wouldn’t cause corrosion to the engine components, ethylene glycol was first used in automobiles in 1926 and has been widely used in antifreeze ever since.

Ethylene glycol on its own actually has a freezing point of about -12 degrees celcius which isn’t particularly low. However, when it is mixed with water to create antifreeze, the chemical structures of the two liquids interfere with one another causing the freezing point to drop significantly. Using a strong concentration of antifreeze can lower the freezing point of the mixture to as low as -64 degrees celcius. Products like de-icer sprays and screen wash also contain antifreeze, helping to clear an icy windscreen effortlessly and ensure your windscreen washer feeds do not freeze respectively.

As cars have become more advanced, so to has the engine coolant that helps regulate the engine temperature. Antifreeze contains corrosion inhibitors which extend the life of your coolant, however different inhibitors are used by vehicle manufacturers and choosing the wrong one could result in damage to your engine components and deterioration of the seals. As a general rule, vehicles manufactured before 1998 require a silicate-based antifreeze whereas those manufactured after 1998 use organic acid technology (OAT) based antifreezes but there are exceptions and some modern vehicles use a combination of inhibitors. Always check your vehicle handbook before topping up your coolant levels and if in doubt, contact your local Kwik Fit centre who can advise on the correct antifreeze for your vehicle and also check the strength of your existing antifreeze.

At Kwik Fit we offer a free winter check to make sure your car is ready for the colder months, helping to keep you on the road this winter. As well as checking the level of antifreeze in your vehicle and the strength of the mixture, we’ll also check your tyres for overall condition including tread depth and tyre pressure, test the charging ability of your battery, and make sure your wipers, washers and lights are working properly. To receive your free winter check, find your nearest Kwik Fit centre and call in – no appointment necessary.

Tags : Everything Else Tips
Back

Any facts, figures and prices shown in our blog articles are correct at time of publication.

Driving in the rain isn’t only a pain but can be surprisingly hazardous – here are our top tips for staying safe in wet & icy weather this winter.